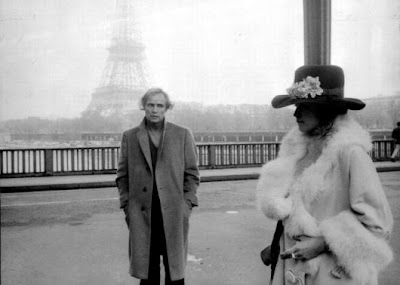 There is always anticipation once a fragrance is released onto the skin, and into the atmosphere, you never know what might happen. I've been wearing Neela Vermeire Creations: Trayee, Mohur, Bombay Bling, and have noticed that they seem to create a pleasant pause or perhaps a momentary lapse for some busy New York City folk--not in a loud fragrance way that screams, I'm here, now move over, but rather their reach seems almost subliminal.

At the end of two long and exciting days at the Elements Showcase, which highlights niche and independent (there is a difference) fragrances from around the world. I arrived in my neighborhood, with perfume deep on my mind, and found myself at the check-out when the clerk randomly began talking about perfume to the other clerk. I couldn't contain myself, I asked her why was she talking about perfume, she told me that when I approached the counter she couldn't believe how beautiful my perfume was, this ultimately reminded her about a perfume gift long overdue to her mother-in-law. The culprit: Mohur. Now I only mention this detailed interaction (there were a few more that happened while wearing Mohur) because they rarely occur in the city, and although it's a given that I consider fragrances all the time; it's rare that strangers do. My conclusion: Neela Vermeire Creations draw people in, and ask us to consider them.

At Elements, the engaging Neela Vermeire told me that the single most determining factor in her search for a perfumer was that she wanted the nose to have traveled and experienced her motherland, India. Vermeire currently lives in Paris. She found exactly what she was looking for in Bertrand Duchaufour. Their collaboration created a triad of lux perfumes that speak to the ceremonies of the ancient Vedic Era via Trayee, the influence of the outside world on India during The Moghul-British Raj Era via Mohur, and the pulse of Contemporary India via Bombay Bling.

TRAYEE is intoxicating and complex. Its overall effect is round and reverent. Its Ginger and Peppery, almost Lemony top notes meet the creaminess of Sandalwood. A camphorated Cardamom keeps pulling my consciousness in, out and back to the Jasmine heart of this fragrance. I especially like the handling of the resinous Oudh and how it plays with the other base notes of Vetiver and Amber. The dry down is ever changing. Fresh and heady at the same time. It keeps giving. Adding to its intoxicating charm is its top "Ganja effect" note, a nod to Bhang Ki Thandai, a drink that is served during many festivals in India, it's preparation involves the leaves and flower buds of Cannabis.

As I wear MOHUR I am reminded that a fragrance can be incredibly comforting and bountiful at the same time. A warm Amber and nutty opening blooms and collides into more top notes of Coriander and Cardamom, it's spicy, yet aromatic-even lemony-cool. Lots of opposites pushing and pulling here. As it blooms there is a milkiness to it, then the Rose and Violet come forth, but it's the Rose that is the heart of this fragrance. Its base is sweet and balsamic with Tonka Bean and Vanilla and others working together to create a beautiful support. A lighter dose of Oudh is used here and I love the way it plays with and pulls out the different aspects of the Rose note. There is so much to think about when wearing the sublime MOHUR.

A juicy brightness best describes BOMBAY BLING. A fun mix of Mango, Cumin, and Cassis at the top, give way to heady whites, namely Jasmine, and a Ylang-Ylang, the base somehow keeps it all sweet, bright and high perhaps the Patchouli, Cedar, and Vanilla working hard, just like the city, but then there's the Tobacco and Sandalwood that settles so gently and silently in the dry down.

Posted by Valerie Vitale at 8:04 AM No comments: 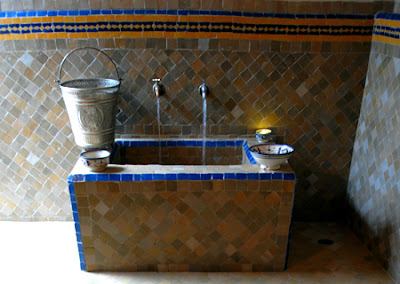 A few days ago, I got to talk with two very candid and discerning perfumers, Yosh Han and Vero Kern, just in from their respective San Francisco and Zurich. They first heard about each other while working on a poetry/perfume project that involved getting perfumers to create potential fragrances based on a Ezra Pound Haiku. They didn't actually meet in-person until Yosh was traveling to Italy to scout for representation, and thought to bring her mother and father along as a way to celebrate their wedding anniversary. Yosh decided she would choose a rep based on how they treated her parents. If they were good to her parents, she thought, they would treat her fragrances well too. It is this same instinctual pull that united Vero and Yosh; add to the mix their participation in the annual Smell Festival in Bologna for two years in a row (they shared some very funny stories) and I can only imagine the countless of other exchanges that have allowed this friendship to deepen and grow. During our conversation, on the eve of the Elements Showcase, here in NYC, I caught a glimpse of their friendship, and how these generous perfumers share pure delight in each others' perfumes and creative process.


Let me describe what it felt like to sit down with Yosh and Vero and smell their fragrances with them. As soon as the vials came out of my purse and on to the table, the energy changed. There was a precision and focus that is unparalleled. As they put a bit of juice on their skin, it was then that I was reminded of the location of the olfactory bulb and how it sits very close to the Limbic region of the brain, and why it is thought that smell can release such vivid memories and emotions. At first, they are quiet and then they begin to talk about different notes and ideas. There is a certain calmness and rhythm to the back and forth of their smelling and talking.

KIKI is Vero's boisterous tribute to Paris, where she studied perfumery. KIKI has a mystical top note of Lavender. As Vero inhaled, she smiled, and told me of the lushness and bounty of French Lavender fields throughout France. Yosh, smelled and agreed, and suddenly said, "There's the Passion Fruit." "Yes," Vero said. It's the one note that runs through all of her three fragrances. I tell them that I'm not sure if I have ever smelled Passion Fruit, then they banter back and forth and agreed on its sulfur-like quality. KIKI is also a nod to Kiki de Montparnasse, Man Ray's muse. As a young girl Vero wanted to go to art school, but her mother thought it better if she studied to become a pharmacist, she conceded. She talked with affection about that time, and especially recalled the mixing and the smell memories from the pharmacy. She also spoke of how her travels have influenced Vero Profumo. All roads have led Vero to perfumery, she seems to magically extract the germ out of her life experiences, tossing aside what isn't necessary, and thus has carved out a life that has brought her back to her earliest desire, to be an artist. I told Vero there is so much movement and tension in KIKI, she agreed. Vero added, "The Cassis rises up in KIKI." We smile, we both love Cassis.

Sotille means subtle in Italian. YOSH SOTILLE 1.61 is a masterful and modern mix of Muget and Tea Rose. As Vero smelled SOTTILE, she said, "It's so Green, it's so Green." Something I didn't realize until she said it. Now that I think about it, I think it's this Greenness that gives it a weightlessness and modernity. I told Yosh that I felt as if I were looking down at myself while wearing SOTILLE. She assured me that is because it addresses the sixth chakra, which is the bridge to the spirit. She works energetically with raw materials, and her perfumes address numerology and the different chakras. Yosh speaks at length about the person who is drawn to wearing SOTILLE, and as I listen to her speak I somehow think this person is a bit like her. Yosh is strong and grounded. She has a no nonsense warmth about her and a charming smile and wit. Her name means fragrant, and she believes that ultimately most people in the end become their name. She swears her calling into perfumery was purely accidental, but indeed it is no accident that she is a perfumer. Her perfumes resonate.

Thank you Yosh and Vero, until we meet again, your perfumes and extraits will continue to connect us.

Photo: Hammam:  Morroco
Posted by Valerie Vitale at 4:49 AM 3 comments: