The Beauty of Caron 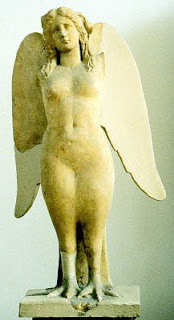 My first introduction to Caron Paris was purely coincidental. It was Springtime and I was looking for a particular perfume, when I happened to stumble upon Caron. At first glance, I was attracted to their jewel-colored purse flacons, they felt good in-hand, and I thought they would be an excellent addition to my purse, or any purse, for that matter. They were emerald, ruby and gold in color, and as I looked at them on the counter, Caron's siren song was telling me to slow down and take a closer look. In August, at the Elements Showcase, I spotted the jeweled colored flacons again, and just behind them sat these incredible Baccarat crystal fountains that contained beautifully hued parfum extraits. The still life made me stop at write these words: The absolute beauty of Caron.

It wasn't until after these superficial introductions that I realized Caron deserved more time than I gave it. (See my November 6th post.) As I wore these parfum extraits, I was reminded that a perfume made in 1919 can be relevant in 2011, and a perfume house that has been around for 100 years can continue to evolve and stay current. Caron easily connects us to the past as it embraces the 21st Century on its own terms.

Last week, Anne-Laure Marchal, from Caron agreed to meet me at their 58th Street boutique, and as she began to tell me about Caron's history two stories emerged. The first story centers on Caron's founder, Ernest Daltroff and artistic advisor, Félicie Wanpouille, and how their love affair and work were intricately interwoven and built the perfume house that we know today. The other story centers around a century of fragrance. Each of Caron's fragrances tell a story that reflects a certain time and place in history. As I stood in the opulent boutique, surrounded by the many fountain fragrances, I began to understand how rare this is and how fortunate that these fountains and especially the extraits still exist. Inside you will find there are choices and decisions to be made. To a novice that knows very little about perfume, this may be unsettling, but if there is a willingness to slow down and be introduced and educated, Caron is present and willing to guide. One can select a fragrance and Caron will commence the act of "drumming" or filling the simplest to the most ornate flacon. You have a choice of splash, purse, or puff ball atomizer, all in different sizes. Details such as Baudruchage, the technique of sealing perfume bottles by hand with a gold thread is still practiced, adding even more to its appeal. Before I left the boutique, I took a snapshot of a fountain and extrait labeled, N'Aimez que Moi. Its translation is love only me. Caron, I think I do. 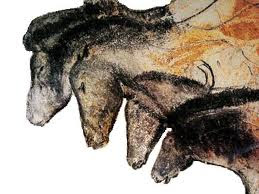 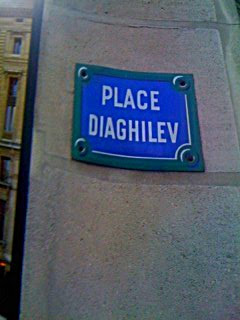 When the envelope arrived from Caron, I immediately tore it open. There were two perfumes inside: Tabac Blond and L'Accord Code 119. As these perfumes filled the air two things became very clear, first, these rich perfumes allow the past and present to coexist, and second, these fragrances are not wallflowers; they have depth and presence.


A few days later, the complexity of Tabac Blond began to remind me of a novel that I started to read, but never finished because the story was so close to my own state at the time I feared I would find out what would happen to me. Like the novel, Tabac's sillage feels as if it knows what direction ones life might take, it also beckons its history and all the courageous women who have worn it before me. 1919 was the year that Caron premiered Tabac, and as you know some women in 1919 were busy smoking in public, voting, and being thoroughly modern, the pace of life was beginning to pick-up. At this very moment though, its box is still and sits on my desk. Its long-lasting trail radiates through the box and seems to reach out and tap me on the shoulder, reminding me to write about it and above all, to wear it. To tell you that Tabac Blond's powerful Leather and smoky-filled head note is supported by a mix of spicy floral notes, such as, Carnation, and its base is nicely tucked in Vanilla, Patchouli, and Amber almost seems fussy because it transcends all that's literal.


Jump ahead to 2011. L'Accord Code 119 is a womanly fruity floral, not a girly one. It is centered around Cassis and unlike Tabac Blond it wears very close on the skin. In my twenties, I wore and loved L'Artisan Parfumeur, Mure et Musc, which is another fragrance centered around Cassis, but I haven't been able to return to it. L'Accord Code 119 has allowed me to revisit Cassis again, its notes of Black Pepper, Jasmine and Amber create a fragrance that is warm, sensuous, and grown-up, however its germ manages to brings me back to a time when a quality of fearlessness was easily accessible.


During the last month, I've been following the story of long distance swimmer Diana Nyad's attempt to swim from Cuba to Florida. During the swim she was stung by a deadly Box Jellyfish not once but twice, but still continued to swim. She swam for 41 hours, but ultimately had to let go of something that she had trained two years for. After weeks of reflection on her loss, she decided to begin training again. This odd combination between Nyad's resilience and courage and these timeless fragrances resonate and remind me to rise up and be confident once more. The right perfume at the right time can do this.

Postscript, 11/27/2011, I wanted to clarify that I was wearing perfume extraits of Tabac Blond and L'Accord Code 119, not EDP. Extraits are more concentrated than perfume, they contain more oil and less water or alcohol. They are normally splashed/dabbed not sprayed.

Posted by Valerie Vitale at 2:24 PM No comments: