The Kids are Alright: DEMETER Fragrance Library in the Classroom: Part 1 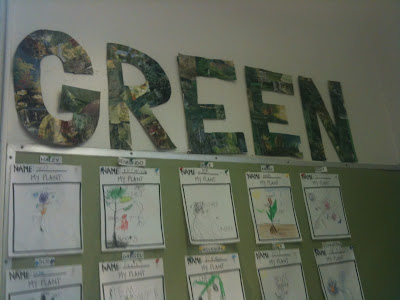 I suppose I knew that going into a kindergarten class to wake up kids about their sense of smell would be a lot of fun, but I didn't expect that the kids were going to bring a heightened attention, thoughtfulness, and slight seriousness to the art of smelling. To my surprise, these 5 and 6 year-olds were fully engaged most days for 40 minutes. We worked in small groups twice a week over three weeks, and we mostly did blind smelling, meaning I had them guess what was on each blotter. The beautiful thing is I never directly asked the kids to tell me about memories or stories related to what they smelled, their reactions just naturally poured out of them.

The idea for going into the classroom came to me after I had listened to an art historian from Rotterdam on a webinar entitled, "Smell This" (pretty obscure, I know.) Listen to it here...http://www.v2.nl/events/test_lab_smell_this.  Anyway, the art historian spoke about a "youth" survey where the majority of kids said they would rather give up their sense of smell than give up their electronic devises. She then continued to state that luckily in the near future these kids won't have to make that kind of decision; scent will finally catch up to technology or vice versa, but in the meantime this put me in a bit of a spin, and I was going to do something about it. Right about the same time I met up with Carlos Huber, Arquiste Parfumeur, and I mentioned how important it was to get kids smelling, and how I wanted to bring essential oils into the classroom. He immediately thought of Demeter and how much fun it would be for the kids.

Even though I hadn't thought about Demeter in a while, I had very fond memories of visiting their boutique in the East Village in the late 90s. Demeter fragrances narrow in and capture singular notes/things like, Grass, Martini, Bubble Gum, or Snow. Christopher Brosius founded Demeter Fragrances in 1993; he has since left Demeter (sources tell me his departure was amicable) and continues building his work with his line CB I Hate Perfume. Demeter continues to grow and carry on as well, just take a look at their impressive on-line store. Weeks later when I connected with Demeter they immediately and most generously supplied purse size travel sprays for the entire class, and filled my very specific request for scents from their Fragrance Library collection: Dirt, Earthworm, Tomato, Golden Delicious, Honey, Play-Doh, Crayon, Birthday Cake.

The Kids are Alright
Jose picked up the blotter and remembered the day his family went on a hike through the hills and sand and arrived at the ocean, more exactly it was the day his mother taught him how to swim. He was holding the blotter tightly as he relived and shared this special moment of his life. Franco picked up his blotter and almost instantly recalled the time he played an electric guitar when he was little and how his feet on the earth made the sound even stronger. They were both smelling Demeter Dirt. Other kids had one word guttural reactions to what they smelled. Lucia said "green" as she smelled Dirt, and I have to agree there is a freshness and expansiveness about it. Dirt most certainly was the scent that brought forth all sorts of memories and ideas from the kids. It appears that kids are still thankfully connected to the earth.

At times the connection to smelling and taking action was immediate. After they smelled Crayon, the kids wanted to draw. Maybe there is something about scent as motivation, ya think.... Jose picked up his crayon and began to draw an ocean of earth.

Listen to Christopher Brosius talk about Demeter here; his description of Dirt is awesome.
http://www.studio360.org/2006/oct/13/snow-in-a-bottle/

Posted by Valerie Vitale at 5:44 AM No comments:

Email ThisBlogThis!Share to TwitterShare to FacebookShare to Pinterest
Labels: DEMETER 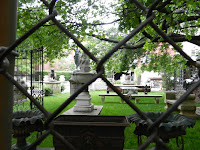 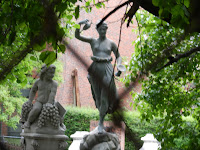 A few months ago,  I created a Facebook Page for Soliflore Notes.  At first I thought this would be a distraction and a slight annoyance, but it has turned out to be a very fertile and creative place for for my thoughts and ideas about fragrance. I've been looking at it as a sort of "behind the scenes" of the blog. I hope you enjoy, and if so please LIKE.


PLUS..You must know by now ;-)  that I am a monthly contributor on the insightful and au currant blog, Cafleurebon!  Please visit via the link below.  Mark Behnke and I took a targeted stroll together down under at Barneys New York, we encountered BYREDO PARFUMS and LE LABO, then I took the stroll all over again as we all must, ALONE. See what happened @

I'm interested to hear if you prefer to shop for fragrance alone or with a friend....


Thanks and have the best weekend. Valerie
Posted by Valerie Vitale at 6:14 AM 2 comments: 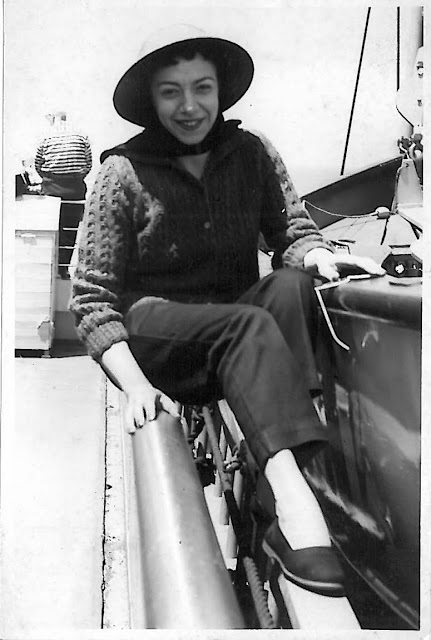 Describing Aunt Ruthie is a delightful thing to do. She was ultra feminine, fun loving, and a methodical lady. Details were important to her, but not in an uptight stuffy way, if that makes sense. For instance, if you needed to know how long you had to send a couple a wedding gift, she was the one to call, if you were confused about how to properly address an invitation, call Aunt Ruthie. Her ease and elegance remain with me until this very day. She gently served up her classic style through her every action and accessory. My sisters and I are the official caretakers of her keepsakes, including, countless evening bags in assorted colors, some flat, some embroidered, some beaded all with tiny combs and mirrors tucked inside neatly pleated side panels. A pressed powder and lipstick case, the powder still remains, but the orange red matte lipstick long faded. The case smartly converts into a mini bag with a gold handle and mother of pearl exterior. A box of perfectly preserved and embossed set of blank invitation cards, never to be sent.

Each and every Christmas for my entire childhood, the perfect gift always arrived from Aunt Ruthie in a uniformed three, one for each sister, however each item was slightly different to reflect our distinct personalities. One year it was three leather belts, the next year three pairs of gloves, and in each box she placed a penny (for that year) secured to the tissue paper. Specificity and advice was never far away, in the parlor of my grandparents’ apartment, she frankly told the 6 year old me that the dress I was describing was not green, but rather chartreuse. While sitting side by side on the wood living room floor, Aunt Ruthie convinced the 9 year old me that walking while seated is the best way to keep fit and firm. Our arms stretched out in front of us, as we lifted each hip and scooted forward; she was so charming.

She loved Latin words, big band music and dancing. Once she described how her brother, a photographer, he couldn’t resist a ballerina's wardrobe malfunction that left the dancer perfectly nude, except for her Pointe shoes. He took the photo, she ended the story with her big wide grin and giggle. For years I imagined the Pointe shoes were red not pink, or as she would have said, crimson, not champagne. When I grew up I wanted to wear Aunt Ruthie's perfume, at the time I believed her fragrance would be a direct passage into womanhood. Its curious richness, part spice part floral permeated my nostrils and her sweaters, coats, scarves and body, my godmother, my mother's friend, my Aunt Ruthie's fragrance: Nina Ricci, L'Air du Temps. EDP, (before reformulation, but of course..... ;-).

Posted by Valerie Vitale at 2:45 AM No comments: